Schloss Leopoldskron offers in its exclusivity versatile, historic premises from 60 m² to 175 m².

Are you looking for an impressive backdrop for your conference, conference or celebration in Salzburg? 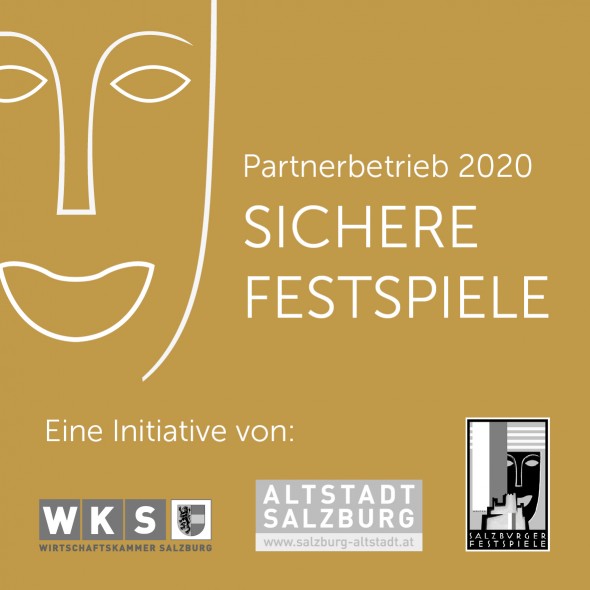 The whole world looks at Salzburg as the city of Mozart once again becomes the world capital of culture this summer. We are committed to complying with the Salzburg Festival's enhanced hygiene and safety standards.

Salzburg is a state (land) of Austria. It is officially named Land Salzburg, colloquially Salzburgerland, to distinguish it from its eponymous capital, the City of Salzburg. By its centuries-long history as an independent Prince-Bishopric, Salzburg's tradition differs from the other Austrian lands.

Salzburg is the fourth-largest city in Austria and the capital of the federal state of Salzburg. Salzburg's "Altstadt" (Old Town) has internationally renowned baroque architecture and one of the best-preserved city centres North of the Alps. It was listed as a UNESCO World Heritage Site in 1997. Salzburg is the birthplace of 18th-century composer Wolfgang Amadeus Mozart and is famous for its attractive setting and scenic Alpine backdrop. It also hosts to three universities and a large population of students.

In the mid‑20th century, the city was a filming location for parts of the musical play and film "The Sound of Music".

Water was the central theme in the palace's design. The numerous sources in Hellbrunn give the estate its effervescent life. With fountains hidden in the shade of bushes and trees or jetting out from unexpected hiding places, the world-famous "Wasserspiele" have been the main attraction at Hellbrunn for almost 400 years.

Peaking out high above the baroque towers of the city, the Fortress Hohensalzburg is a real eye-catcher. Salzburg’s unmistakable landmark provides the city’s world famous silhouette. Even from afar visitors are able to appreciate the might of this edifice.

15.000 magnificent sqm., 2.000 stunning exhibits, 1.300 moving years. The DomQuartier is a unique highlight in the heart of Salzburg. Closed to the public for 200 years, it opened in May 2014 and features walking tours through the Residence, its State Rooms, the Residence Gallery, the Cathedral Museum and St. Peter's Museum.

Open from May 30th

Explore Salzburg from the river. From the end of March to late October, experience a first class journey onboard the panorama boat “Amadeus Salzburg”, which can also be hired exclusively for your own private party. Marvel at the sights of Salzburg, as you have never seen them before!

Austria is renowned for its café culture and Salzburg has many great “Kaffeehäuser”, from the traditional surrounds of Tomaselli, Bazar, Fingerlos to the more modern settings of Glüxfall, 220 GRAD and Afro Café. Try not only the coffee but also the delicious pastries!

Salt used to be described as 'white gold'. It is the oldest mine in the world open to visitors, everyone from the age of four can follow the mysterious, ancient miners' tunnels for many miles into the mystical mountain.

Museum of Natural History and Technology

The museum features an aquarium, reptile zoo, dinosaur hall, world of crystal, space show, journey through the human body, the Salzach lifeline, sea world, and a science center. The aquarium, justifiably considered one of the most beautiful aquariums in Central Europe, is a particularly popular attraction for young and old.

The house in which Wolfgang Amadeus Mozart was born on 27 January 1756 is one of the most frequently visited museums in the world. The hour-long tour over three floors is full of wonderful details about Mozart's life.

This large theatre with its small "actors" has charmed children and adults for over a century. With its wide and varied repertoire including Mozart's Magic Flute, as well as the Salzburg classic The Sound of Music and Shakespeare's Midsummer Night's Dream it has become famous across the world. Highly recommendable!

Hangar-7 at Salzburg Airport is a unique building which houses the historical Flying Bulls aircraft fleet and a collection of Formula 1 race cars. It offers space for exhibitions, a gourmet restaurant, bar, café, and outdoor lounge. Apart from being an event location it is a meeting point for art lovers and bons vivants.

The Untersberg mountain looms over Salzburg, offering majestic views of the city. Hiking trails make their way up the 1973m-high mountain – but there is also a cable car available, too!

Share the festive mood of our beautiful Salzburg city with Salzburg guides. They know the city of Salzburg like the back of their hand and have plenty of stories and anecdotes to tell. The Salzburg guides are certified and offer nearly 80 different tours in 18 languages ranging from the classic "Walk through the Old City" to themed walks such as "Mozart and Women" and "Salzburg's Saints".

Keeping both native and exotic animals in an environment close to their natural surroundings has become the hallmark of Salzburg's Zoo. Roughly 1200 animals (140 species) live in the 14-hectare zoological garden in near-natural, spacious outdoor enclosures.